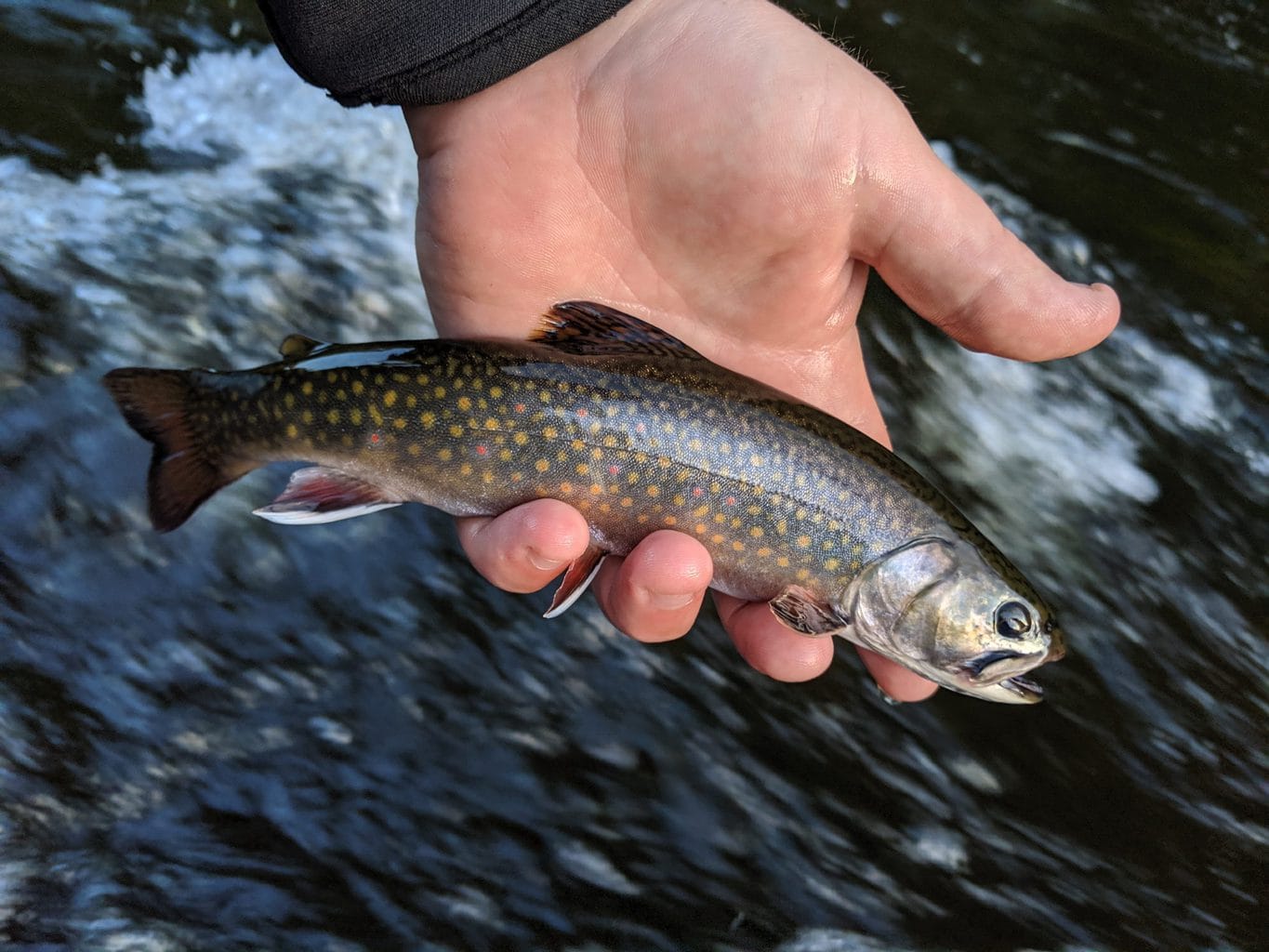 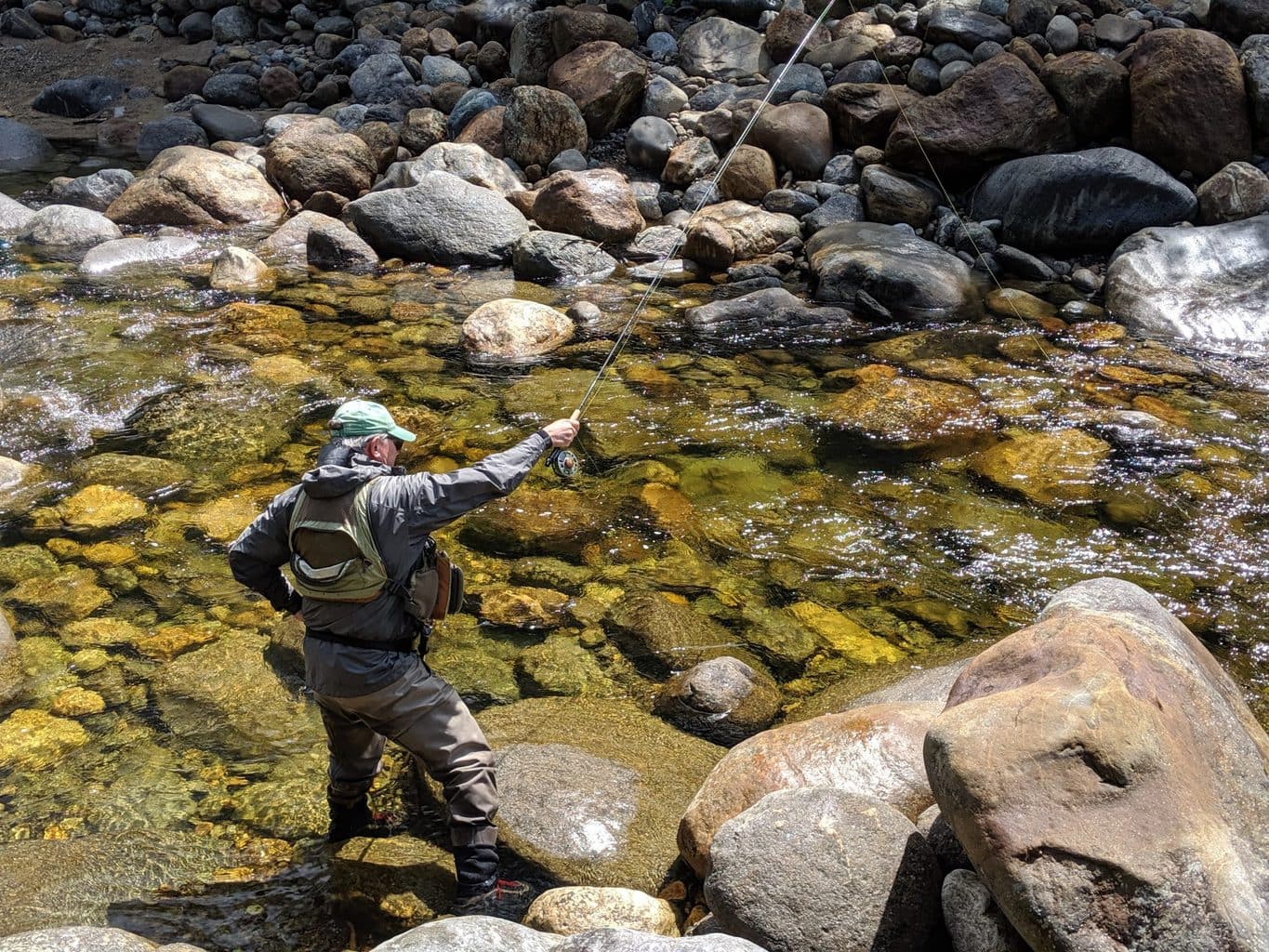 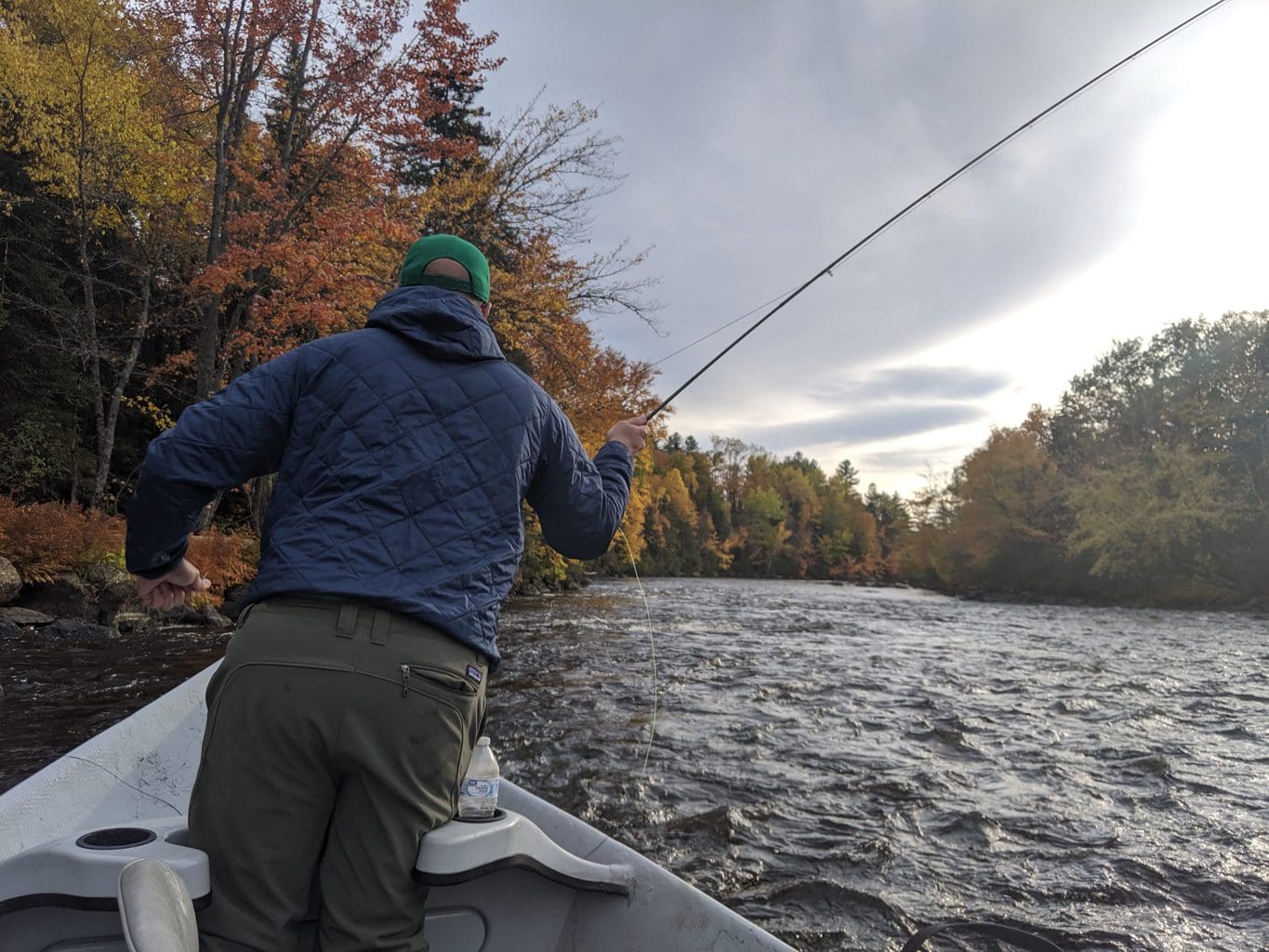 They are one of many masterpieces mother nature’s holds for us in New Hampshire but our native brook trout is one of the most precious. New Hampshire is part of the few remaining brook trout refuges in the nation and the White Mountain National Forest has numerous headwaters and scenic hiking trails along the streams and river throughout the state. Brook trout are the New Hampshire state fish and one of the largest draws for Anglers coming up to the region. The artistic like markings and coloration stand out over any other trout. Red dots surrounded by blue halos, White tipped fins with a rosey orange belly, along with an appetite to match. Despite there smaller size (between 6″-12″) these fish will viciously attack a fly as they are opportunistic feeders and on a good day they can’t resist almost anything drifting by. With special permitting from the White Mountain National Forest we are proud allowed to offer trips throughout some of New Hampshire’s best small stream fisheries.

Spring:
In the first few months of the year the rivers are still pretty locked up with ice and snow but as things slowly warm up in March through April the Fish is metabolisms increase and they begin to feed to recover from their winter hibernation.

Summer:
Late April, the month of May and early June are ideal time to fish these locations while the water temperatures are at there best for feeding trout. As we get into late June, July and August the temperature’s of the water can increase making the fish move around and resort to cold water refuges. There is still some good fishing to be had at this time but you may have to stretch your legs a little more to get the job done.

Fall:
As we get towards fall and the temperature start cooling back off the fishing will begin to peak as brook trout will begin their spawning rituals and will attack a very aggressively to a fly going by. They will need all the energy they can get since they will be exerting a large amount of it during their spawning ritual. The brook trout will also Begin to change colors making they’re already beautiful patterns even more mesmerizing.

Most of the trips we offer for White Mountain National Forest are wade trips as the waters we have are small streams and rivers. We do have lakes and ponds as well if your interested in floating a Remote body of water in the high mountains. It simply doesn’t get more scenic than the White Mountain National Forest of New Hampshire. If you’re interested in learning fly fishing in one of New Hampshire’s most beautiful location’s then a trip to the National Forest is what you’re looking for.

Regulations:
Most of NH National Forest’s rivers and streams follow under NH Fish & Game general rules and regulations. This means that for trout you can catch five fish or five pounds, whatever comes first. Although most of these rivers are not under fly fishing regulations we only offer guided fly fishing trips along with tankara fishing. White Mountain Anglers is all about practicing catch and release to help sustain our precious resources. 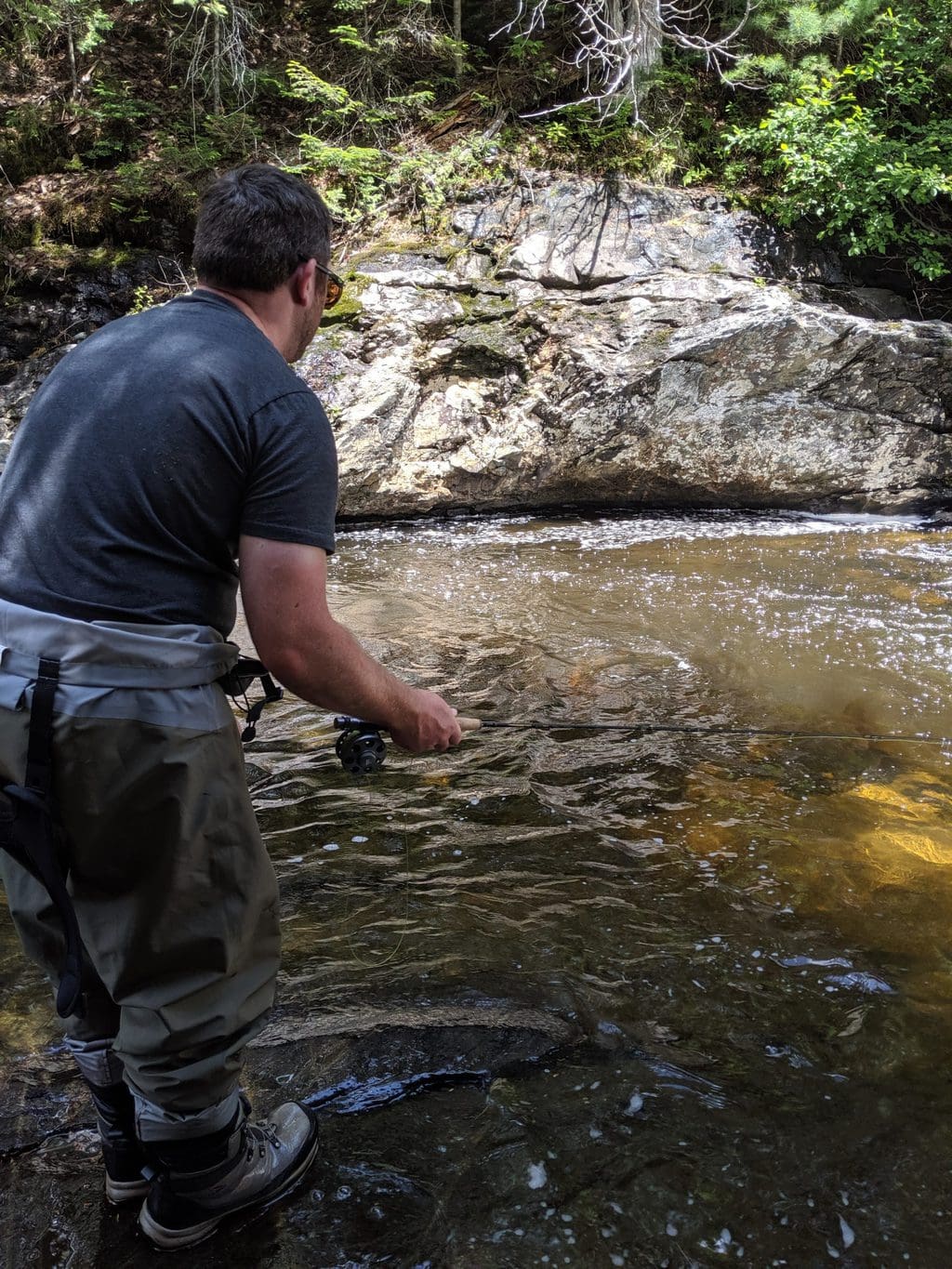 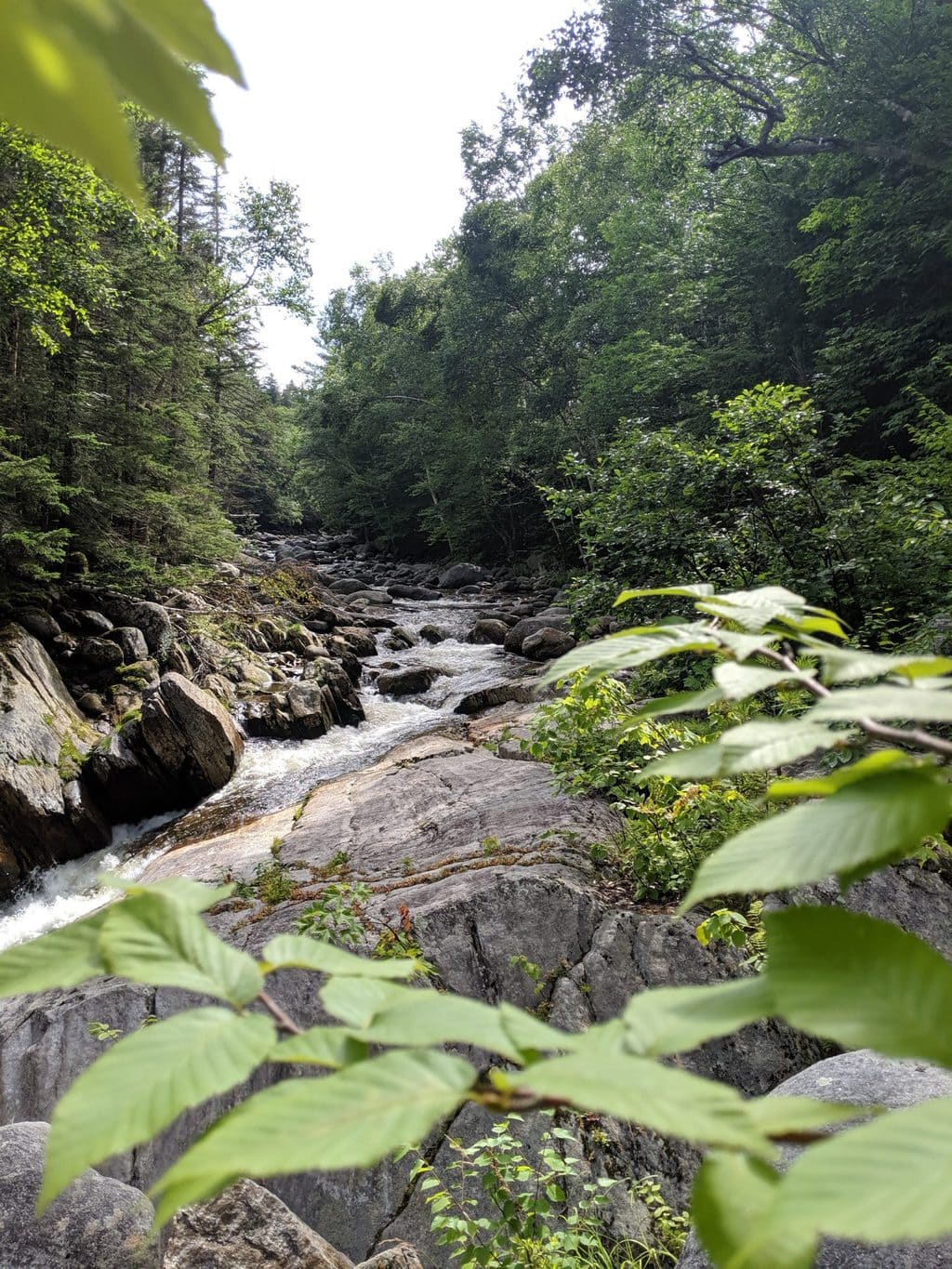 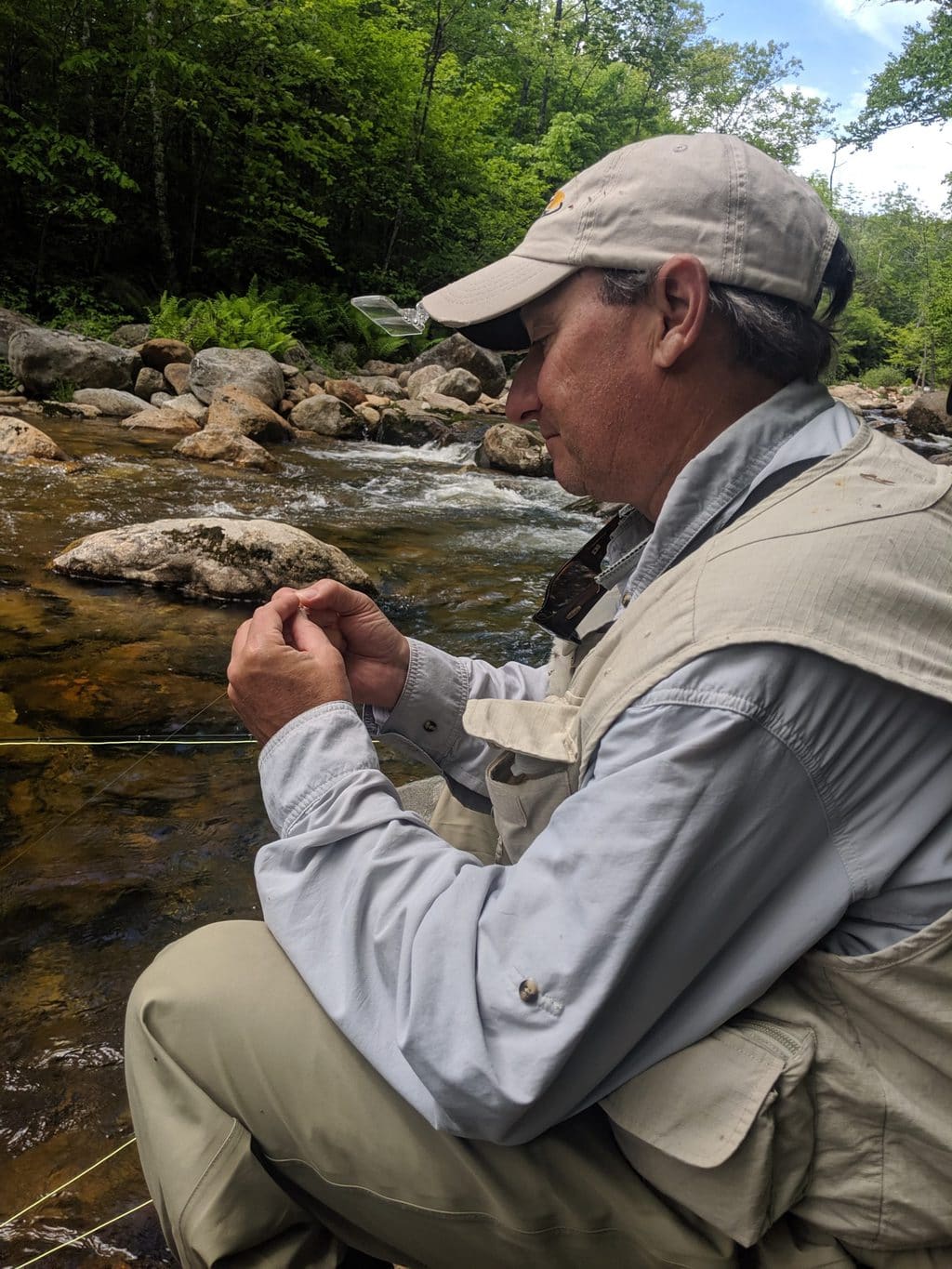 “I always learn something new whenever a take a trip with Mason. From wild brook trout to large holdover brown trout, his knowledge is unparalleled.”